Out of the City: Q&A with Playwright Leslie Ayvazian 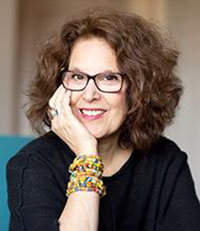 Leslie Ayvazian is a New York-based playwright and actress. Her other plays include Nine Armenians. She also appeared in the world premiere of Out of the City in Dorset, Vermont.

Tell me a little about the history of Out of the City.

When I first wrote it, it was a one-act, which eventually became the first scene. I made the play full length because… well, people liked it, and everyone wanted to know who the husbands were.

It took a long time for me to figure out who the husbands were. A one-act is a complete thing. When you build a full length on it, it’s like building a house on top of an apartment: you already have something that works. So, investigating who the husbands were, and how they fit in, took a lot of work. But I pursued it all on the same thing: that everything pivots on a kiss.

It was, but not in a huge way. The thing that Shakespeare does is to literally take his characters out of the city in order for them to have sensual, magical lives, and that’s what happens in A Midsummer Night’s Dream. All the prescribed boundaries just fall apart and explode, and people fall in love. They behave in peculiar, funny, foolish ways, and are in hot pursuit of one another, and make declarations.

A city is far more formal, far more determined, far more filled with rules, and has far more people that you are trying in one way or another to impress. The forest, the trees, the earth itself, it all has a sensuality to it, that I think unlocks and undoes the corseted situation of urban life.

You appeared in the world premiere of Out of the City, in Vermont. Any favorite moments?

It was a funny thing to be the author, and to be in the cast. In rehearsal, I found myself listening to it, which isn’t what you want to do when you’re actually in it.

Once I inhabited it and stopped evaluating, I found that my favorite parts changed. That was a good thing, because it meant that I was alive to the moment.

I loved when there were bursts of laughter. But it was also fun in the pauses… when it was suddenly quiet, when we were all just standing onstage, looking at the scarf on the floor.