It’s not just about learning lines.

Still, in Week Two of rehearsal, getting “off book” is a significant endeavor. When our actors are out of the scene, they’re nose-to-the-script, diligently getting Oceanside’s dialogue into their heads. As they work through Act I, the call for “Line” is ever present, and Casey Hagwood (MRT’s resident Stage Manager) dutifully helps the cast keep each scene on track. 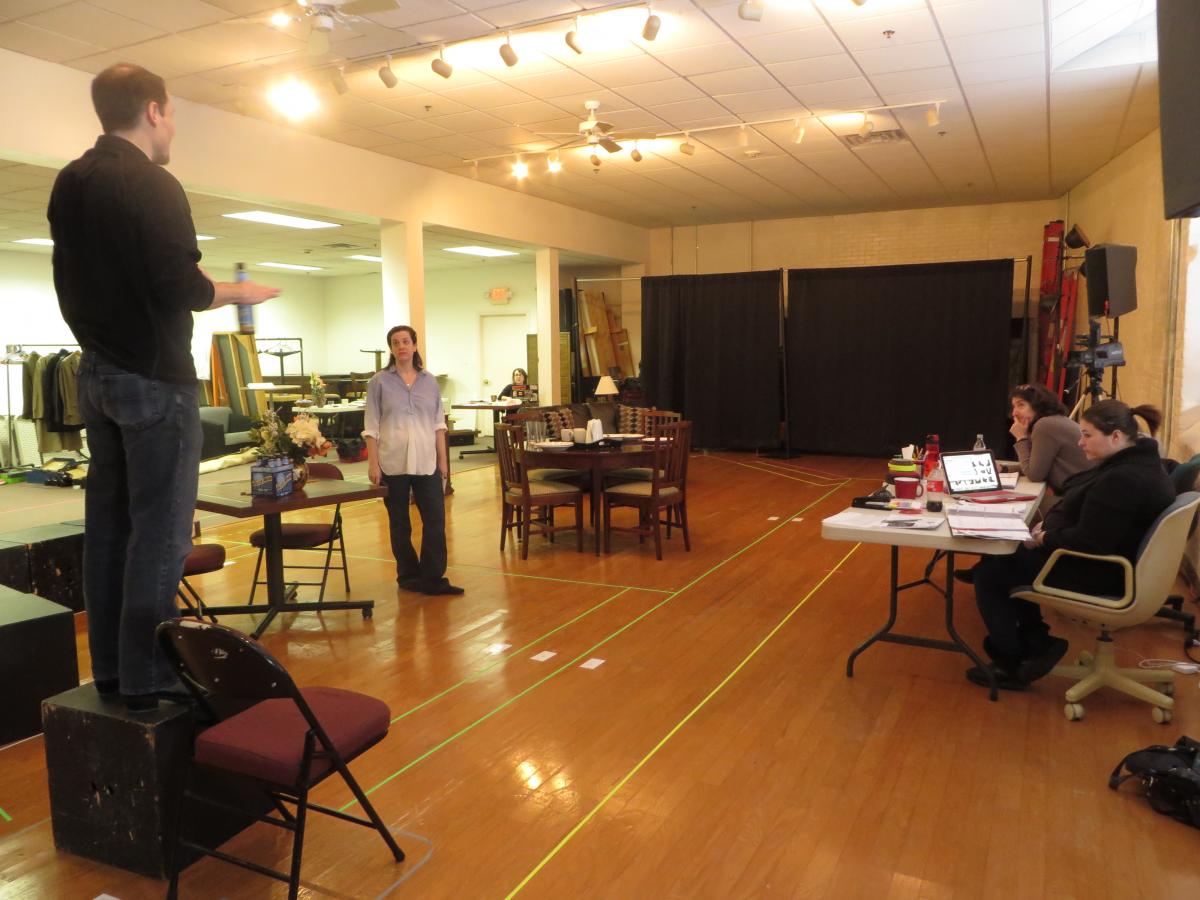 And as each phrase, sentence and, interjection of Oceanside becomes entrenched, things really start to pop in a whole new way. Scripts are left on the table and the characters become vivid human beings—human beings who drink beer, change light bulbs, get jealous, pick flowers, move around the space they inhabit the same way you or I or your next-door neighbor would. They’re on their feet, acting of their own theatrical free will, guided by the director’s insight and perspective.

But hold on a minute: What about those light bulbs? When the new ones are turned on, will they look different from the old ones? That needs to get worked into the lighting cues. And come to think of it, what exactly is Tommy going to stand on in order to change the bulbs in the first place? (The answer: the hot tub. [Yes, there’s a hot tub.])

After every rehearsal, Casey sends out a Rehearsal Report. It contains detailed updates of what’s going on in MRT’s rehearsal room, in every sphere of the production. It keeps the whole team in the loop, helps the designers and technicians understand the needs of the actors (and vice versa), and generally ensures that whatever happens in one sphere of production is communicated to all the others. That sort of transparency will make a big difference during the long, tough hours of tech rehearsals next week. There’s a line in Oceanside: “things you don’t think matter, come in handy down the line.”

So in Week Two, it’s not just about learning lines.